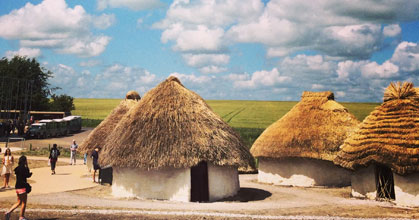 I’m delighted to have been invited by English Heritage to run some staff training at Stonehenge in Neolithic-style basketry. They recently constructed a number of Neolithic style dwellings on site (pictured left)… and it’s there that I’ll be running the training sessions.

In a pleasing symmetry, I was part of the team that  built a Neolithic dwelling in East Sussex in 2010/11. It was the first of its kind in the UK, based on archaeological findings at Durrington Walls, near Stonehenge. We were thrilled that English Heritage attended our opening ceremony and that they were clearly inspired by what our team had built… with the help of the Moulsecoomb school children. 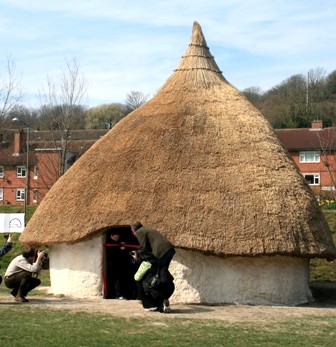 Archaeological evidence for the Durrington houses near Stonehenge is surprisingly good. You can read more about it in the Bournemouth University report. The hard chalk floors of the houses, with central hearths and slots where beams (probably for furniture) had stood, were all preserved in the soil. Surrounding the chalk floors were stake holes left by the walls. There was also some evidence that the walls had been rendered or built with a chalk mixture. Above ground, the appearance of the houses is unknown. So for our dwelling, we extrapolated, using other prehistoric finds and vernacular designs of dwellings from indigenous peoples. 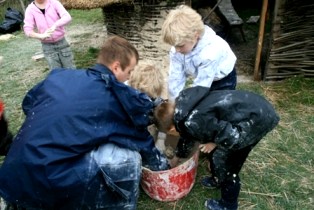 The walls of the buildings (and the floors) are made of ‘clunch‘- crushed chalk mixed with water to form a fairly sticky paste, which is then slapped onto the hazel wattle of the walls to form a solid, enduring wall. Much the same way as the more familiar clay daub used for Iron Age roundhouses etc. It’s messy business! But brilliant fun. 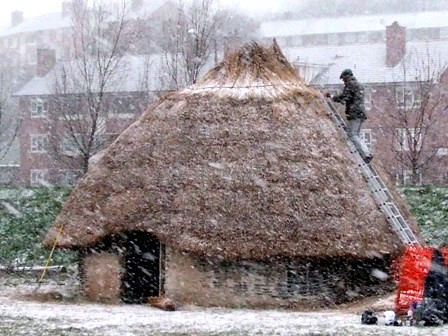 A number of different thatch materials (and thatching techniques) have been used on the Stonehenge Neolithic buildings, so I’m looking forward to checking them out when I get there. We thatched ours in Brighton with phragmites… and our team did it in all weathers. 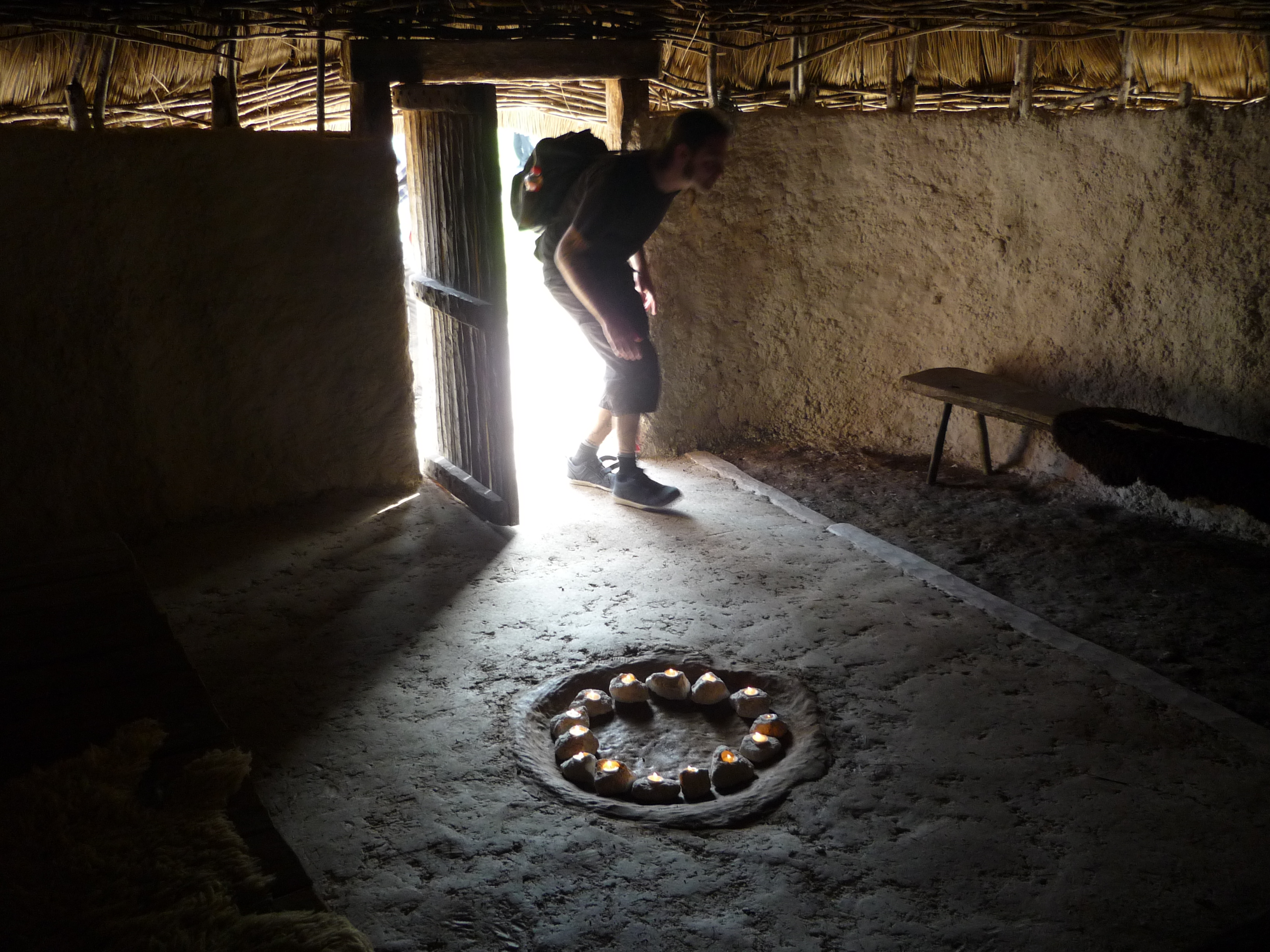 Our Moulsecoomb Neolithic house is quite possibly my favourite prehistoric-style dwellings of the many that I helped build as part of East Sussex Archaeological and Museums Partnership. Being inside it on the rammed chalk floor with a fire in the hearth is truly magical. At a recent family event at the school there, pretty much everyone who came in breathed an audible sigh of relief. None of us could resist lying on or reclining on the animal hides and drifting into a peaceful state of reverie, feeling the sanctuary and the special sense of containment that the building offers. Had it been possible to spend the night there, there would probably have been a serious crush of people, all very much up for it.

The training sessions I’m running at Stonehenge are in making plaited willow bark baskets and coiled grass baskets, using Stone Age type tools and materials. All under the thatch of their beautiful Neolithic houses a stone’s throw form the mighty Stonehenge. What a treat.

And more entries about the Neolithic basket-making at Stonehenge