There are 86 pieces of Lego per person in the world.

I told my friends this and, aside from reservations about the proliferation of plastics, most were in favour of Lego as a ‘fantastic experimental learning tool’. 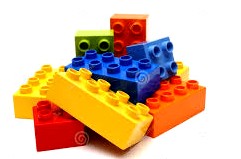 I remember playing with it when I was a child. I can hear the sound of the bricks against each other, being poured out onto the carpet, and recall the feel of the pieces in my mouth. I loved making things… but I found Lego frustrating and limiting. True, there wasn’t anything more sophisticated in our box than the odd Lego tree, a steering wheel and a few framed windows (that was about as fancy as it got in those days). We didn’t have an extensive range of pieces by the time I was playing with it as much had got lost (or chewed by the dog) and I was third in line to the Lego inheritance. But even with all the creative resourcefulness I could muster I lost interest fairly quickly. 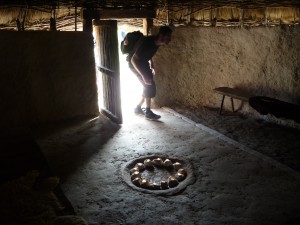 Hearing my friends’ responses to the ’86 fact’, I thought about the prehistoric-style dwellings I’ve been involved in building over the past few years. I thought about the flexibility and malleability of the natural materials we used, and the mainly circular, organic structures we built. How we had our hands in clay and chalk, on reeds, hazel, ash and oak. Sometimes it was like making huge upside-down woven baskets to thatch, and to plaster with clay daub or clunch.  We were continually adapting to the materials and processes involved, responding to what was required and what was possible. It was an immersive physical and creative process, and the sheer messiness of the experience was relished by everyone involved, adults and children alike. 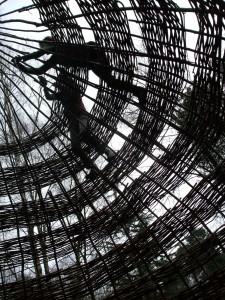 These reflections reminded me of a paper I heard at a conference I attended a while ago: “Basketry and Beyond: Constructing Cultures” at the University of East Anglia. Professor Tim Ingold gave a paper called “To Build is to Weave” and he says this:

In the mid-nineteenth century, Gottfried Semper controversially argued that the earliest buildings were woven structures…. I spell out the implications of the view that building is, in the first place, a process of weaving akin to basketry and its implications for post-Renaissance understandings of architecture. As baskets are woven… so buildings are grown, and their form emerges out of this process of growth rather than from the imposition of a pre-conceived design on formless raw material.

He goes on to say that building blocks have become part of our way of seeing the world since Victorian times. He describes stereotonics: the art of cutting solids into elements that fit tightly together, and tectonics: the art of assembling a frame, a line of components held together by joints or bindings as opposed to gravity (eg the frame of a coracle, a roof un-tiled).

Ingold believes that the beginning of building coincided with the beginning of textiles. Woven walls led to plaiting, then weaving, then patterns, and carpets. The German word for ‘wall’ shares the same root as ‘dress’ or ‘clothing’. It’s interesting to reflect on the many scales and functions of woven containers: housing, clothing, transport, traps, baskets/vessels.

Ingold uses the term ‘weave’ broadly, describing how masonry can be a form of weaving. Ways of laying courses, overlapping bricks, are not unlike certain weaving techniques. Also similar is the process of having to make it as you go along; for example adapting stones to fit gaps left by previous stones. Igloos come to mind.

I don’t mean to set up dichotomy between bricks and weaving. And I’m leaving the philosophy of building to sharper minds. It’s not even that I hate Lego (well…) but I do know it should be only tiny in the toolbox of experimental learning tools out there. 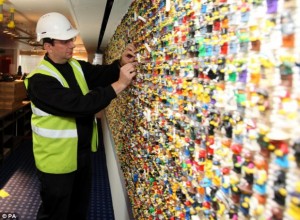 We have such an environmental problem on our hands with plastics and plastic waste. And there are so many alternative materials to experiment with, that don’t cause ecological damage: mud, sticks, grass, stones, fibres and loads of other things. Materials which can expand our vocabulary of experimentation and innovation way beyond that which pre-cut, pre-designed plastic units can. Because it’s our nature to build, create, experiment, innovate.

And apparently by 2019 there will be more of those little Lego people on the planet than there are humans.

But before that fact completely does your head in, you can always escape the plastic madness for a brief respite by joining us in the woods making wild pottery and wild basketry from materials we forage.

Courses take place in Sussex woodland, and are suitable for all levels including beginners. All the info and lots of inspiring photos on the website.

One of the first things you notice about Owen Jones, apart from his friendly, relaxed demeanor, is his hands: huge and work-worn. They've definitely seen some years of graft. I'm at his workshop in Cumbria, to make an oak swill. This is a traditional split wood basket...