Connections: ropes and a robin. 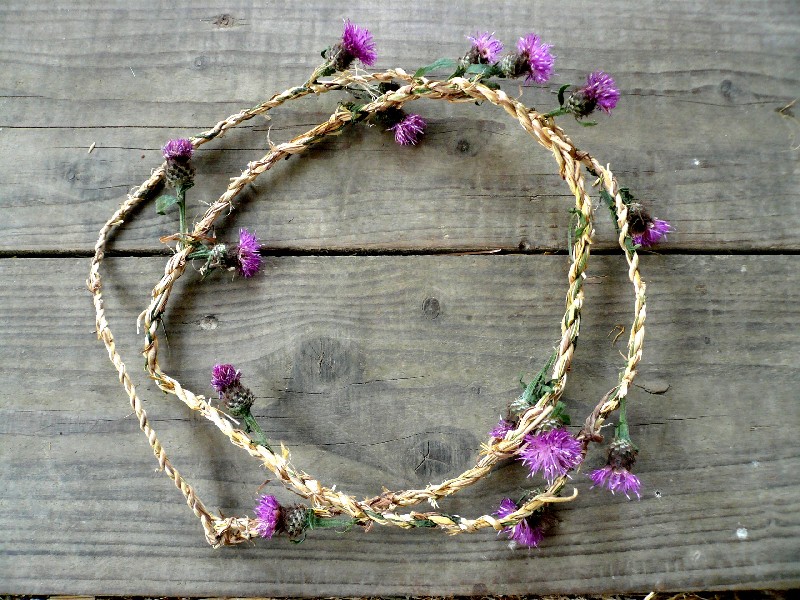 I first came across Jon Young about 5 years ago. He’s a renowned mentor for nature connection and community-building, and is also a published author.

He has a long-standing connection with a community of Kalahari Bushmen, who are still living close to the earth, plants and animals. Maintaining their living tradition of ancestral wisdom practices.

Jon relates their concept/metaphor of rope-building: how we make and maintain connections with those around us. Not just with each other but also with the non-human world. We build these ropes of connections in our environment and communities: ropes that need to be kept in good condition, nurtured, there to pull on in times of need.

If one day I see a small bird and recognize it, a thin thread will form between me and that bird. If I just see it but don’t really recognize it, there is no thin thread. If I go out tomorrow and see and really recognize that same individual small bird again, the thread will thicken and strengthen just a little. Every time I see and recognize that bird, the thread strengthens. Eventually it will grow into a string, then a cord, and finally a rope. This is what it means to be a Bushman. We make ropes with all aspects of the creation in this way.

San Bushman, as quoted by Jon Young, in What the Robin Knows.

I’m at Wakehurst today, here as artist in residence, making a hay rope installation from the grasses grown on site.

Four of us enter the small open-sided timber-framed building that houses the installation. We see a robin, a young one, hopping about pecking at the hay on the floor. We stand still and quiet as it carries on doing its thing, apparently aware of us but not bothered. Eventually it hops away and we all look at each other, smiling. My friend Anna says that in Gypsy lore, robins are an envoy of the ancestors. 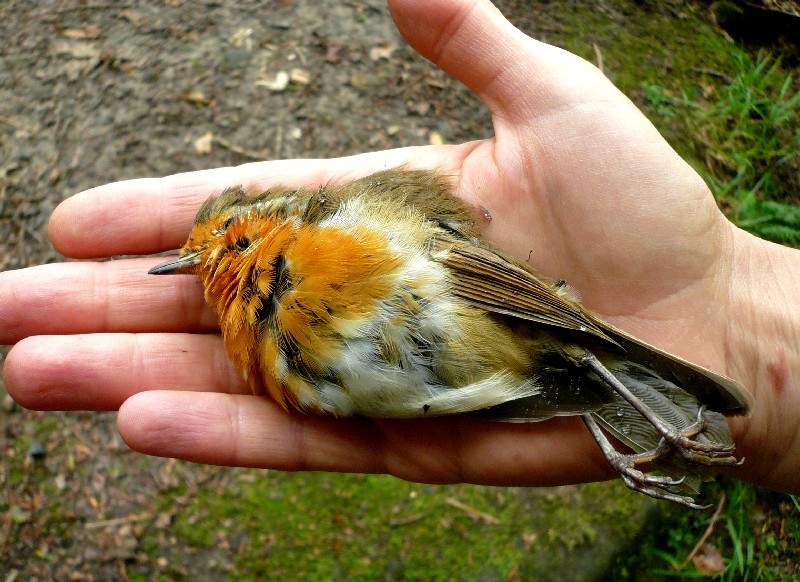 We take a walk down to Bloomers Valley, my favourite meadow here at Wakehurst. On the way we stop to admire the amazing yew trees that grow on the sandstone outcrop. We stand and gaze and after a while I look down. There on the rock is a dead robin. I pick it up and it’s so soft, weighing barely anything. 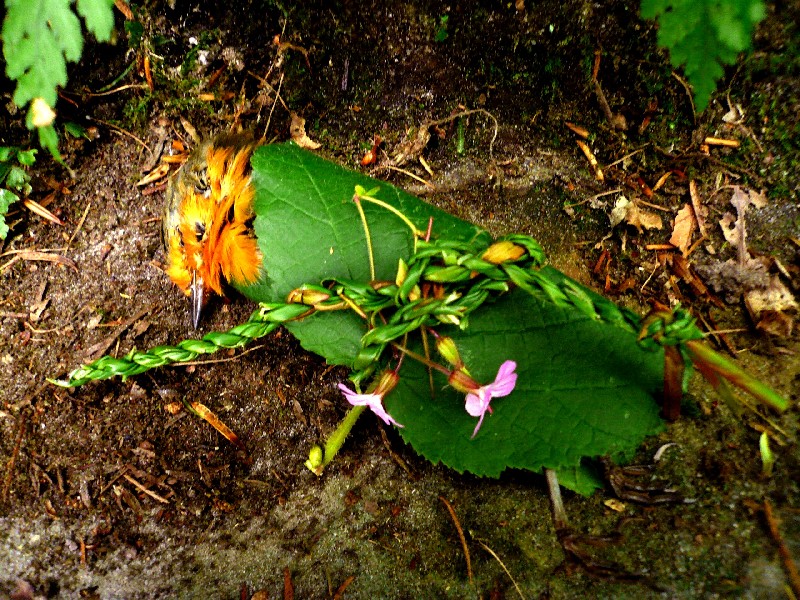 I carefully remove its flight feathers. I’ll use them as part of a piece of work in the future, perhaps on a vessel. I wrap it in a hazel leaf, and secure it with rope made from juncus (marsh rush). I lay it among the roots of an old holly tree, next to the ancient yews.

Read more about my residency at Wakehurst, summer 2014, here