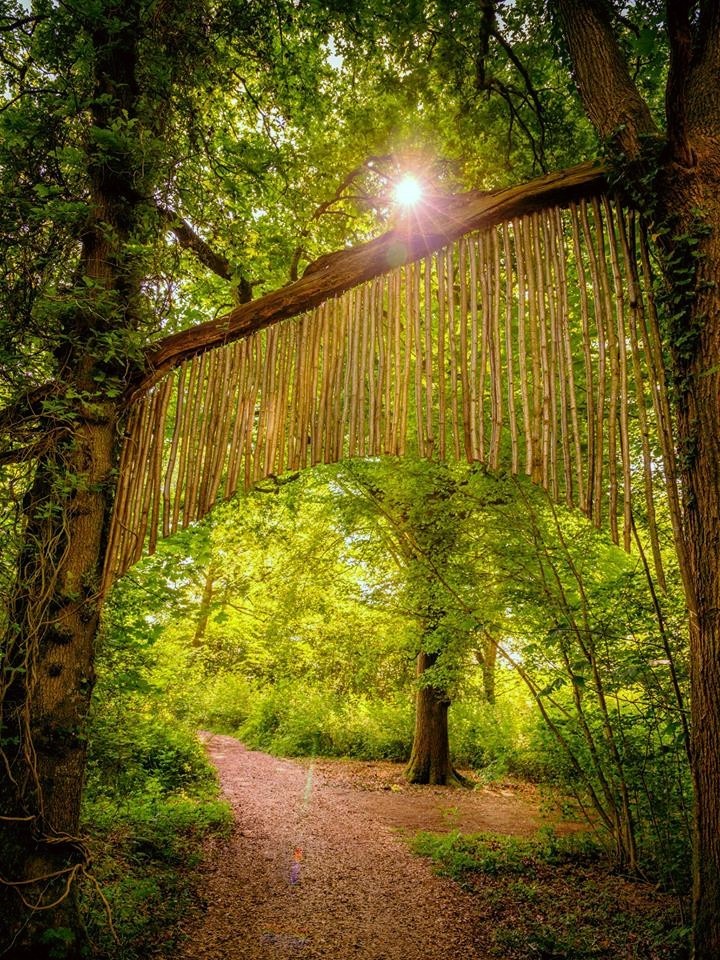 It was commissioned as part of Wakehurst’s Wild Wood Festival, 2017. 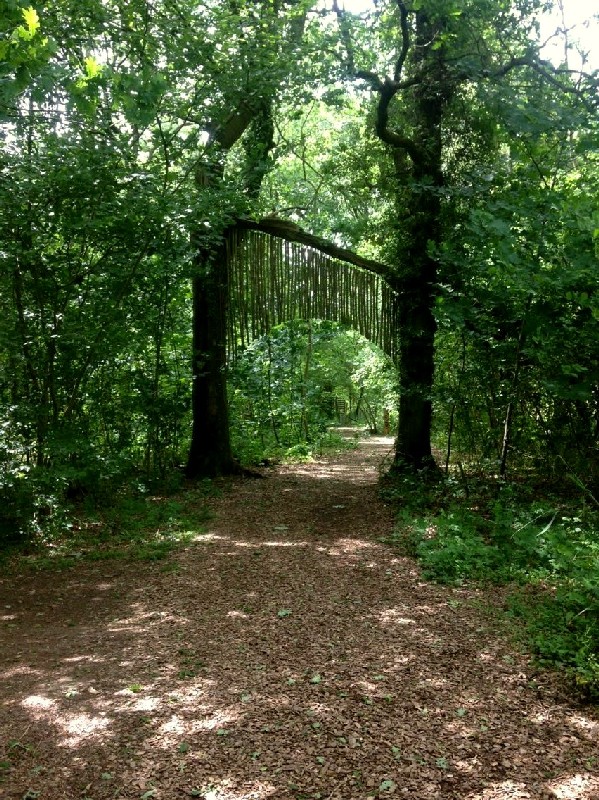 The installation is an archway which creates a portal into the woods.

The positioning and curvature of the arch invite the eye to continue the line, giving the overall impression of a subtle tunnel.

The piece has been described as having a subtlety and a strong clarity. Its apparent simplicity and its congruence with the surroundings mean that coming across it in the woods engenders a sense of wonderment. 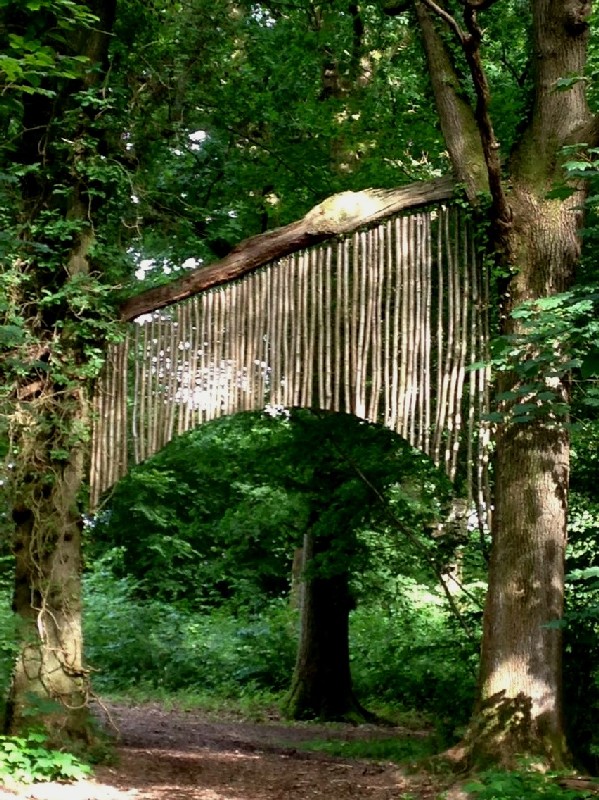 The installation is orientated north-south, so that the rising sun streams through the poles, while the setting sun casts dancing shadows across them, from the surrounding foliage. 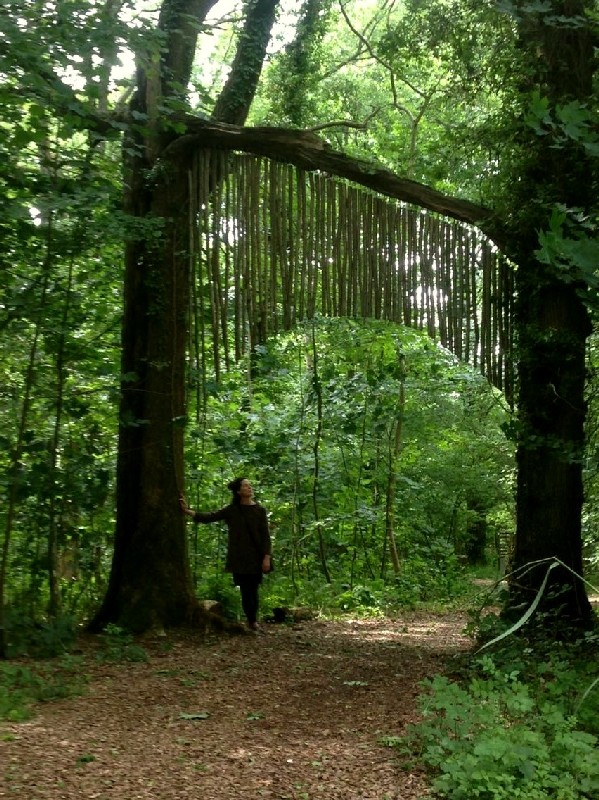 The horizontal oak branch (from which hazel poles are suspended) fell in the great storm of 1987. The branch was earmarked to be cut down prior to the woodland being opened to visitors for the first time this year, 30 years on. Fortunately, I got to it before that happened.

The piece stands 6 metres high, and is constructed from oak and hazel, which I sourced from the site.

Pearcelands Wood is a mature hazel coppice of about 20 acres. It has many beautiful standard trees and has been managed as a coppice for about 200 years. It is still a working coppice today.

Read more about my work. 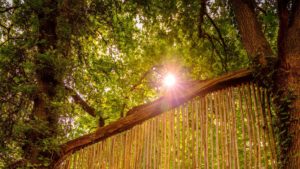 ← Prev: Making an Ash Pack Basket Next: Forage of the Month -October →