Wild Pottery: Clay- digging your own

What is Clay?
Ask this of anyone and they’ll most likely reply ‘mud’. But there’s a bit more to it than that. It’s made up of one or more clay minerals with traces of metal oxides and organic matter. Clay minerals are formed over long periods of time, mainly through a gradual weathering process of igneous rock and through hydrothermal activity.

Clay has been formed for millions of years, since the time of the glaciers. No clay deposits are exactly the same and, typically, mineral clays are mixed in various proportions.

Clay deposits which remain in the place they were formed are called primary clay. Clay which moves from its original location by water erosion is known as secondary clay. Clay deposits are generally associated with what are called ‘low energy depositional environments’ such as large lakes and marine basins.

Clay vs Dirt
If you’ve ever stepped into a river or lake that has a muddy bed and felt those soft clouds of mud come up around your feet, and the soft mud squelch up between your toes, you’ll know how fine silts can be. 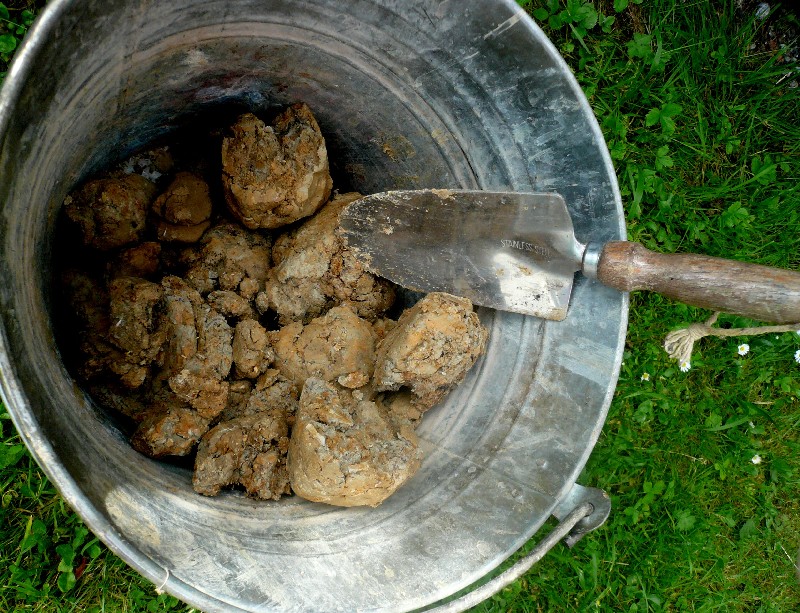 Clay particles are about 20 times smaller than silt. Clay is made up of tiny platelets; when you mix clay with water and manipulate it, these platelets slide over one another and make the clay plastic. Silts, on the other hand, are crumbly in texture. Many naturally occurring deposits include both silts and clay.

Depending on the soil’s content in which the clay is found, and how much weathering it has endured, clay can appear in various colours from white to dull grey or brown to deep orange-red. Near where I live in Sussex, I’ve also dug clay that’s yellow, and once I found a seam of clay that was duck-egg blue. It’s iron that gives this range of colours and turns the clay terracotta colour when fired, due to oxidisation of the mineral.

Where to dig
So… first you must find your clay. Here in the Low Weald of East Sussex, the clay is iron-rich and plentiful.  Ask any local gardener (though they won’t thank you for reminding them). 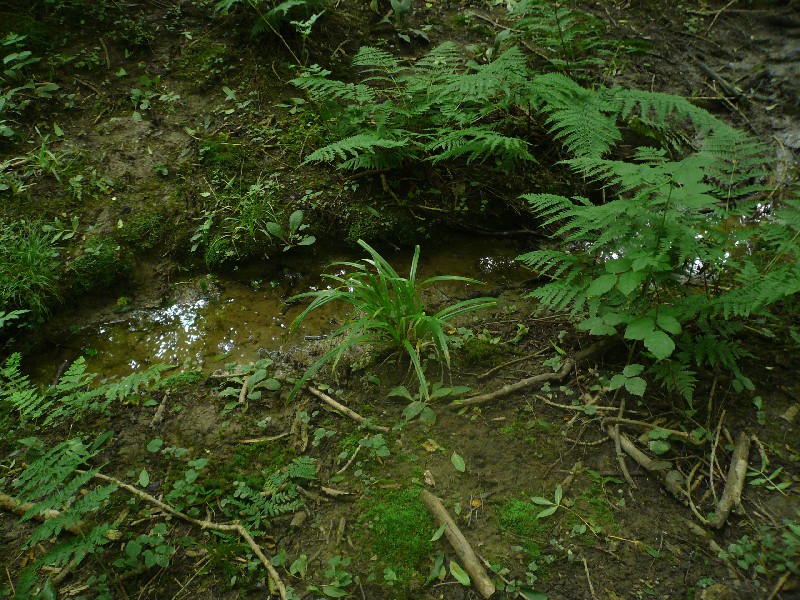 Sometimes clay is close to the surface (ask the gardener); in other places you need to dig down quite deep. If you’re out walking when the ground is wet and the path is slippery, chances are that you’re walking on clay. You can also look for clay in lakes, ponds, streams or even at the seaside in some parts of the country. You might find it at sites where road workers or builders have dug down. If there are any historical brick works in your area, that’s a good sign.

A geological map of your area will indicate where there are clay deposits, and the British Geological Survey is a good place to find this information.
Legally, you must always get permission from the landowner before you dig.

But is it any good?
Not all clays are equal. Some clay is good for making bricks but no good for making pots. And some initially promising clays turn out to be difficult to work. There is a simple test that will give you an indication of the clay’s usefulness (see below), but it’s only by trying it out and then firing it that you’ll know for sure. Here are some guidelines about the clay you may find: 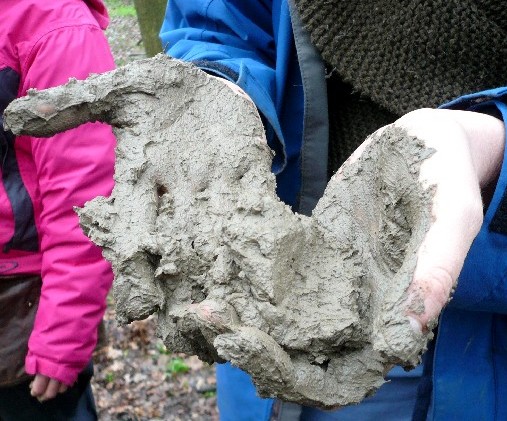 Clay can be found wet or dry or in any stage in between, and remember that it comes in a range of colours.
In its dry state it may look like rocks, or even have a slate-like appearance; in its wet state, it’s like mud.

If you find dry lumps, scrape it with a knife. If it’s clay the fine particles will crumble off. Scrape some of this into a small pile, dampen it with water and see if it dissolves.  Then make a small ball from some of the crushed lump mixed with water and notice how it feels- if it feels sticky, it’s got at least some clay in it.

The Test
Take a small lump of the damp clay material and work it into a soft ball with your fingers. Roll it into a thin sausage and then bend this around your finger. If it cracks and doesn’t bend easily, it’s not worth bothering with. But if it stays together and feels smooth and plastic… you’ve found clay!

← Prev: Nests in Nets Next: Foraging Plants for Wild Basketry; weaving a connection between land and self →